Justin Gimelstob was born on January 26, 1977, in the New Vernon section of Harding Township of Livingston, New Jersey. Born to Jewish parents, Barry and Patricia Gimelstob, a young Justin would grow up as a member of a tight-knit Jewish community. As one of three siblings, he and his two brothers Joshua and Russel, took great interest in various sports. His father, Barry Gimelstob, a storied Newark basketball coach, would take the boys out to either watch games he was coaching or play for junior teams in the area. From a young age, Justin found sport intriguing. Watching his father coach various Newark teams, he would see the discipline and determination each player would approach the game with. What was more, he saw his father exhibit strong courage and commitment to winning that would shape his approach to the sport he would play later in his life.

In school, Justin performed well and found himself at the top of his class. In his early schooling years, he would participate in basketball and tennis events, rising to lead his school tennis team to victory at local and state competitions. Even as he played and excelled at tennis, Justin remained a keen basketball fan, staying true to his family’s roots in the sport. Upon graduating from senior school, it became apparent the rising tennis star that the game he would dedicate most of his time to would not be basketball, following in the footsteps of his father, but instead tennis.

Justin’s parents were always supportive of his interest in sports. Although his father had a strong history playing and coaching basketball, he took his son’s interest in tennis seriously and supported him fully. Wanting his sons to excel, the senior Gimelstob provided his sons with all the tools they needed to develop a strong foundation in the sport. Upon this foundation he built one of the most remarkable junior tennis careers that the United States has ever seen. Throughout his early years, Justin remembers his parents and family as being incredibly supportive of his passion for tennis, helping him make the huge strides he made in the sport as a professional player. 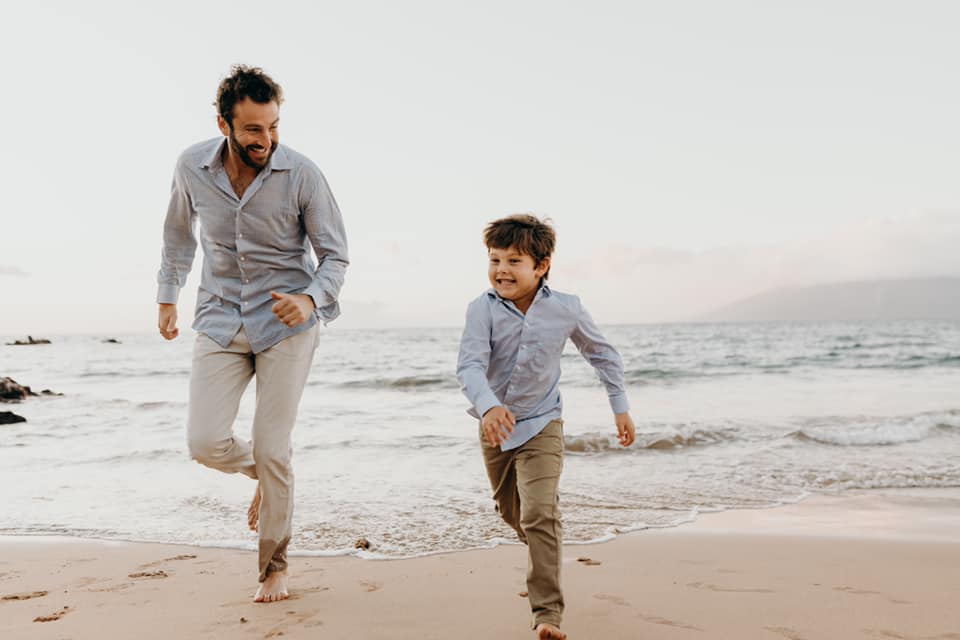 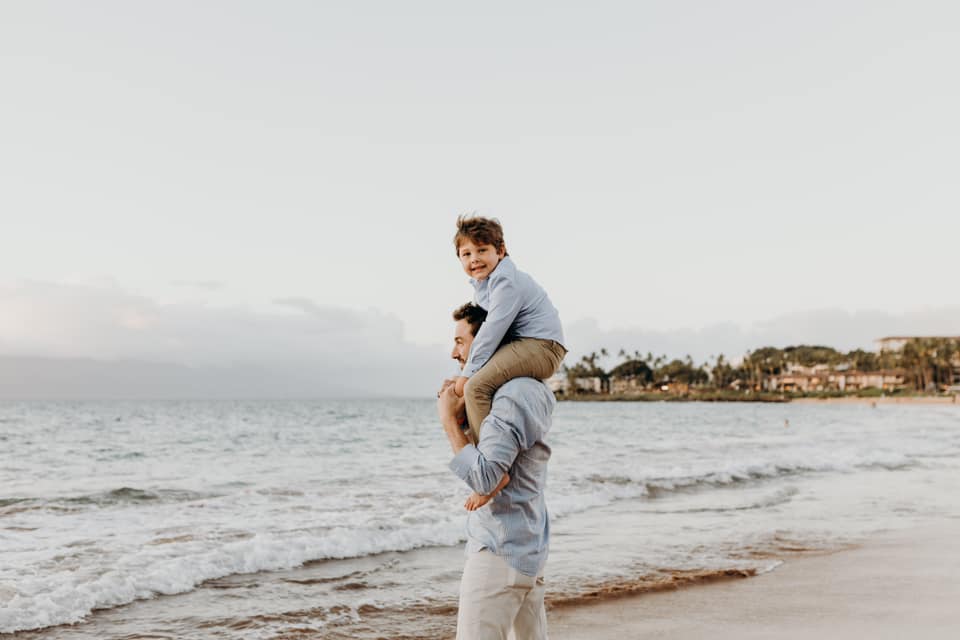 Justin Gimelstob started his education journey at Newark Academy in Livingston, New Jersey. As one of the oldest and most prestigious schools in the country, he would be exposed to a culture of discipline and a determined will to succeed, characteristics the school is well known for. From his early years, it was apparent that he was academically gifted, maintaining strong academic grades throughout his early education years. With a keen interest in history and the arts, he would go on to major in those areas, even as he trained his sights on a professional tennis career. In 1995, he graduated from Newark Academy, leaving a strong legacy of sporting excellency having led the school’s team to multiple victories.

Justin would go on to join the Newark Academy seniors’ school as a sophomore while on a strong run, both on the academic front and on the tennis front. During his freshman, sophomore and senior years, he would dedicate his time to his studies, excelling at his academics while maintaining a strong performance on the court. Although his passion for the sport was high, Justin’s parents would convince him to focus on his studies. Their guiding belief was always that a good education was a strong foundation on which to build any career. From this guidance, Justin would end his senior year at Newark Academy with strong academic credentials, helping his land a place at the University of California Los Angeles.

In January 1995, he joined the University of California Los Angeles (UCLA) on a tennis scholarship backed by his exceptional athletic achievements. Determined to make the most of the academic opportunity at hand, Justin finished his first semester with a 4.0 GPA. His commitment to maintaining his grades, although a prerequisite for a sporting scholarship, was also informed by his determination to gain success across the spectrum of his life. Throughout his time at UCLA, Justin would maintain a high GPA, all while continuing to rise as one of the most successful junior tennis players in the country. One year after joining UCLA, he turned pro and left to pursue his professional tennis career. After retiring from pro tennis, he returned to UCLA where he is currently taking part-time classes majoring in history, where he has only a year and a half remaining to gain his degree.

Justin Gimelstob started playing tennis at the age of eight. With a father who played basketball and would later go on to have a successful coaching career, a young Justin was exposed to pro-level sports from a young age. Justin’s talent would begin to manifest in his junior schooling years, where he was consistently ranked No. 1 in his age group. By the age of 14, he was ranked No.  1 in the USTA (United States Tennis Association) ranking for that age. He was again ranked No. 1 at the age of 16 in the boy’s USTA national ranking. In the same year that he was ranked No. 1 for the age 16 cohort, he won the USTA championships. Justin repeated this feat at the age of 18, again gaining the No. 1 USTA 18-year rank spot and winning that year’s USTA championship. He would go on to win numerous other competitions during his younger years, including leading the Newark Academy tennis team to a 26-0 record run, which earned them the state Tournament of Champions. In 2005, Newark Academy honored him and his brothers by entering them into the Newark Academy Hall of Fame and naming its tennis facilities after the Gimelstob brothers.

Having left a stellar record at Newark, he would join UCLA to an equally successful tennis run. In September 1996, Justin, at the time ranked 1,154, defeated 85th ranked David Prinosil during a U.S. Open first-round match, an achievement that would see him catch the media’s eye. The shocking upset set the stage for Justin’s transition into a pro tennis player. In 1996, he turned pro, competing at Wimbledon the following year to upset world number 12 Gustavo Kuerten. Shortly after making the headlines when he beat world number 32, Andre Agassi, at an ATP event in Los Angeles. Justin would go on to reach the third round of the 1997 US Open, an achievement that placed him at the very apex of the sport, right beside the likes of Andy Murray, Roger Federer and Rafael Nadal.

As his career blossomed, he established himself as a tennis doubles expert, going on to win 12 titles, make 11 appearances at the US Open and partner with 11 different players. Two notable victories were when he partnered with Venus Williams in 1998 to win both the Australian Open and the French Open mixed doubles titles. Over the next decade, he would upset multiple high-ranked players in different events ranging from the US Open to various ATP events and Wimbledon championships. At the peak of his career, he would be ranked world #63 in the men’s singles ranking and world #18 in the doubles ranking. In 2005, he was added into the Southern California Jewish Hall of Fame for his contributions in the sport as a top Jewish athlete. In 2007, he retired from pro tennis at the age of 30, having made history severally over his 12-year professional tennis career. 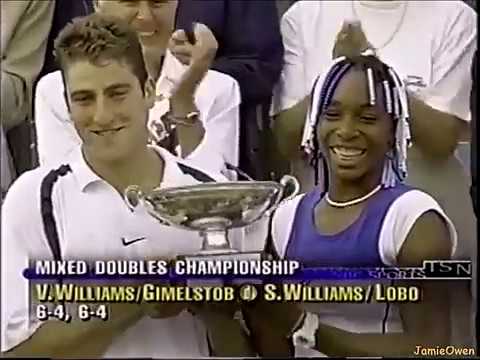 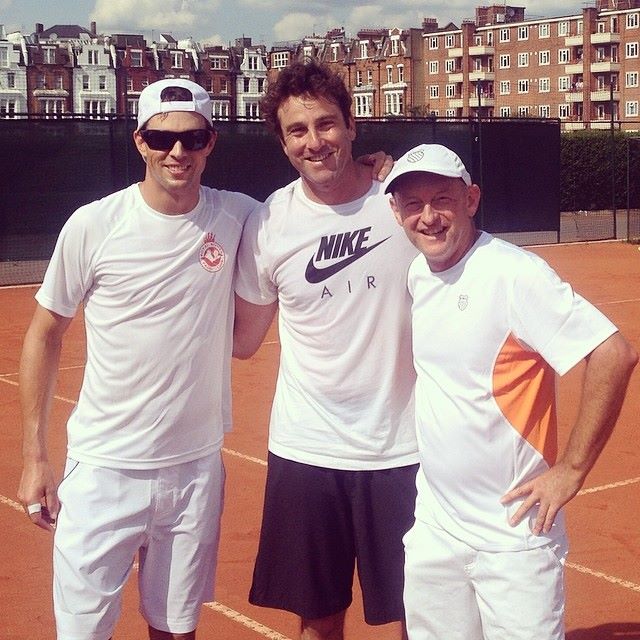 Having come from a successful junior, senior and pro career, Justin wanted to use his experience and insider insights to help promote the sport. In pursuit of this, he trained his sights on becoming a tennis pundit on TV and other online media outlets. He has contributed as a guest blogger on Sports Illustrated and served as a regular commentator on the Tennis Channel. Justin has also participated on features and interview panels for the TV Guide channel, and was a commentator on numerous game telecasts including Comcast’s SportsNet telecast. 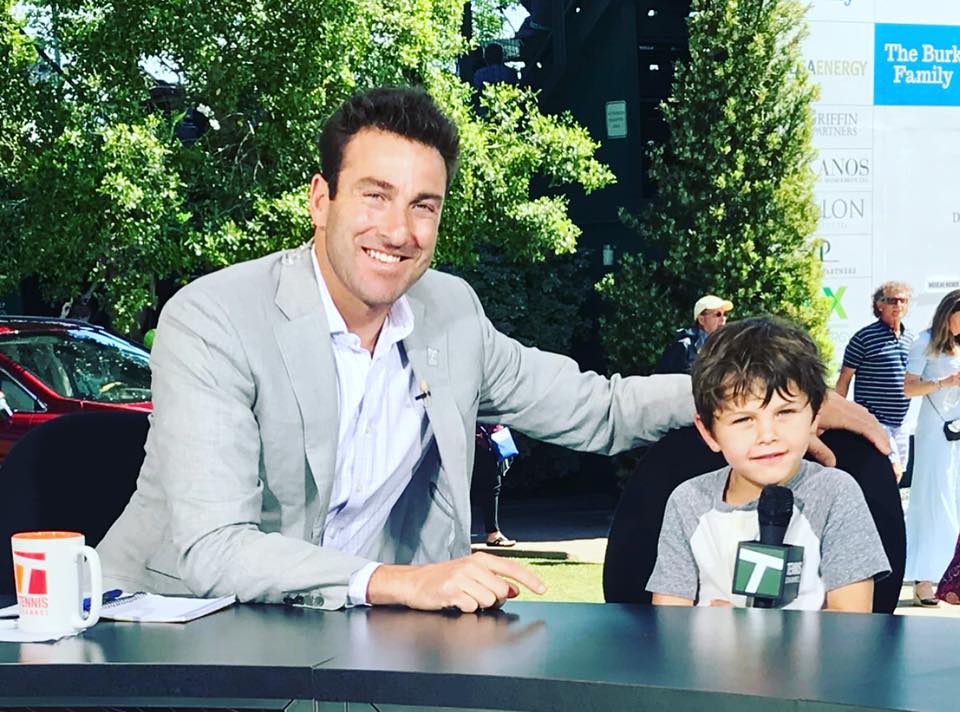 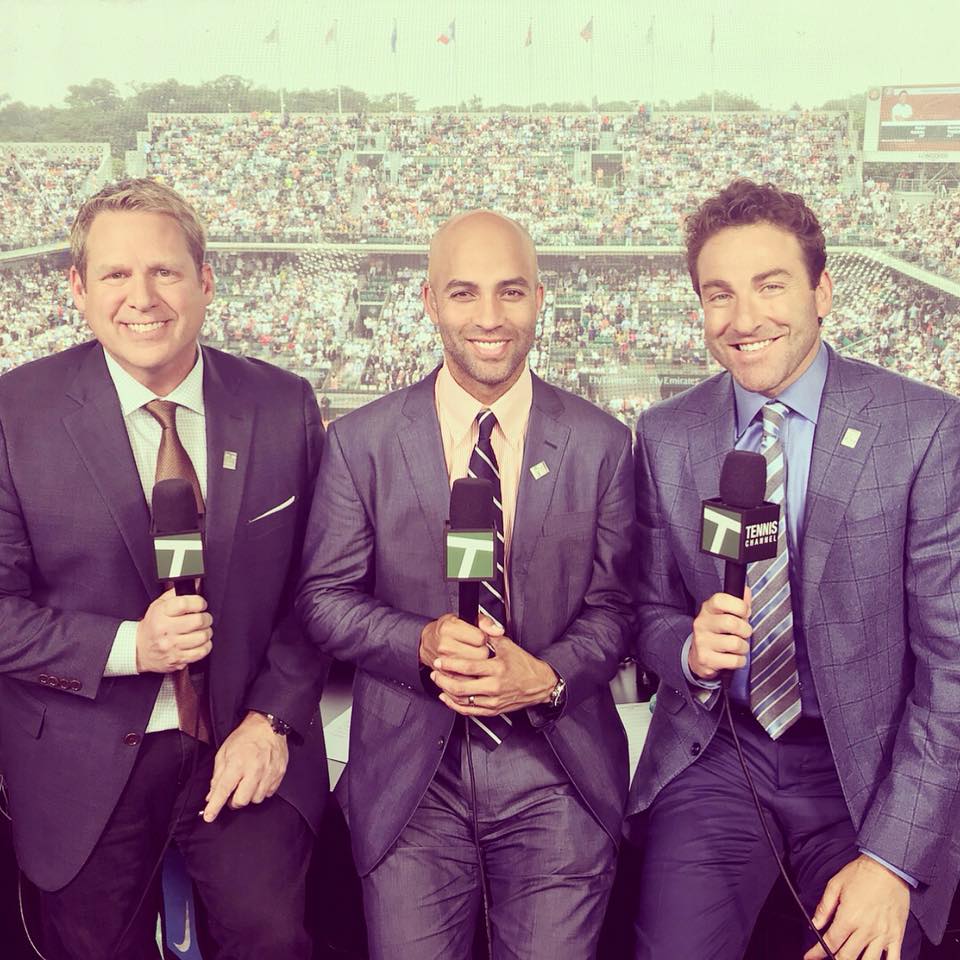 His broadcast career has been characterized by strong game knowledge and an insider’s understanding of how the sport works. In his commentaries for the Tennis Channel, he stands out by offering sharp insider insights on games while also providing a unique perspective to issues related to the sport of tennis. His unique perspective, sometimes considered controversial, is one of the reasons he has a strong following among the tennis community. Justin believes having such a unique point of view is what will make the sport better and offer a different perspective to both tennis fans and those interested in the game.

Besides the Tennis Channel and the Sports Illustrated column, Justin has appeared on numerous other TV shows. In all his appearances, he continues to advocate for increased player recognition and compensation, especially for players at lower rankings, as well as other player welfare issues. He is also committed to seeing tennis break into mainstream media, something he admits is somewhat of a challenge. Nevertheless, Justin sees a breakthrough into mainstream media as a way to help the sport bring greater recognition and compensation to all players, and not just the very top players who make it to mainstream media. As a result, he is working closely with the ATP to formulate ways in which tennis can transition from a specialty sport into a mainstream game.

ATP Board, Coaching, and Philanthropy

Justin Gimelstob was elected to the board of the Association of Tennis Professionals (ATP) Board of Directors in June 2008. As the main umbrella body for men’s tennis in the United States, the body is tasked with championing player interests in the sport. As a member of the board from 2008 to 2018, Justin has been at the forefront of helping pro tennis players gain greater visibility and earn more for the games they play. Under his watch, pro players, especially in the US, have seen their per-game earnings rise significantly over the last decade, something Justin takes great pride in having played a part in.

Besides his board membership at the ATP, Justin is also passionate about coaching. In 2014, John Isner, one of the top players in the US, hired Justin as his new coach. Between 2014 and 2016, he helped John to maintain a ranking of around 10, an achievement that saw him win multiple titles over this time. These achievements and titles included John’s eighth and ninth ATP titles, second Hopman final, third Masters final and seventh consecutive top 20 finish. As a coach, he feels he is reprising the role his father played in his life, offering the guidance needed to achieve exceptional levels of success. While not actively looking for players to coach, he is always on the lookout and open to any player, whether pro or upcoming, looking for an experienced guiding hand to steer them to success.

Justin Gimelstob is committed to helping disadvantaged children overcome their challenges and excel in life. Through the Justin Gimelstob Children’s Fund, he raises funds and awareness that he channels through children’s charitable organizations. His primary focus in giving is to help create awareness of tennis in low-income areas where the sport may not be well-known or understood. Through the foundation, he supports tennis programs by organizing exhibition events and matches in partnership with various children’s charities. Having had a long successful career, he is passionate and committed to giving back to society, to help others rise, not just through the professional tennis ranks but in life, to achieve success and recognition.